I recently spun up a new Ubuntu instance (VM) to serve as my dedicated Bit Torrent client. I have an older Dell server that runs Virtual Box, which is what I’m using as the host. The Dell server also hosts my Plex instance. The main motivator behind the dedicate BT client was the Plex instance. A few friends and I share our libraries and they were constantly telling me my Plex server was unreachable. This was b/c I use a VPN service, PrivateInternetAccess.com to mask my use of bit torrent from the world. The problem was that Plex isnt reliabley reachable behind the VPN. Sometimes I could tweak the port and get it to work, but the solution was always short lived.

I’m not going to walk you through this one. There are plenty of howto guides out there.

This is for windows 10, but you should be able to easily adapt it to any version of windows 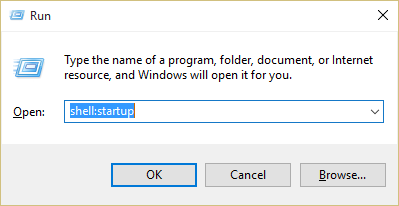 Create a shortcut with the following command

Obviously you’ll need to update the path to VBoxManage to whatever it is on your system. Should look like this in the end: 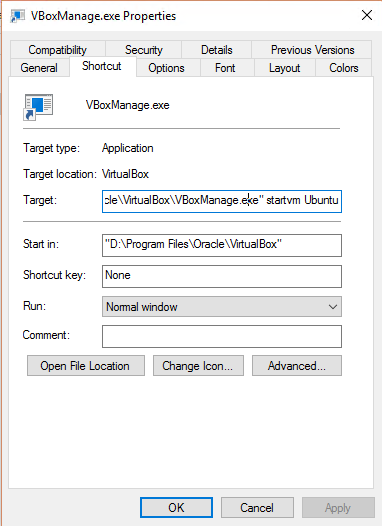 You will have to wait until the windows session is logged in, this is not going to run as a service

Like I said, I use PrivateInternetAccess.com, which has a super simple script for configuring your vpn on ubuntu using OpenVPN. If you want to use PIA then just use the above link and follow the guide. Please not you’ll have to update the script to restart the network manager

The VPN needed to connect automagically on reboot and any time the connection was dropped. I created a simple shell script to achieve this:

Then set this up under roots cronttab to run on reboot and every 5 minutes.
If the connection is already up it will fail out and then do nothing. If it is down it will connect to this named connection. You can also opt to use the UID, but, this works just as well.

So far we have a working ubuntu instance with a VPN connection that automagically starts up and will attempt to automagically reconnect every 5 min.

I ended up going with Transmission BT. It is a fully featured client that has a daemon with a web interface.

If you just want the daemon install it with:

Or opt to install all the supporting packages

There are tons of settings you can tweak. Follow this guide like I did to get up and going.

Finally I wanted to monitor the VPN connection. In the event it drops, I wanted to terminate the Bit Torrent Client. When it comes back up, I want to start the BitTorrent Client. Now you can get a bit more fancy than I did. Tranmission has a great “RPC” endpoint that allows you to control the torrents. So if you wanted too, you could stop each individual torrent. But, I like this shotgun approach better.

I created a script that runs in the background

And thats it! Now I can Torrent with a little more piece of mind.

Cisco E4200 Antenna Mod (no solder) I have an e4200 dualband a/b/g/n from Cisco (linksys). Frankly, its reception in a medium/large home sucks. I have it on a bookshelf in my living room on the south side of the house, while my son’s... Continue →